HomeWho We AreOur Board

The Board of Directors comprises of individuals from diverse sectors like banking, human resources, law, non-profit, journalism, and academia. They provide input and direction for KIND’s strategic choices and determine organizational management and other strategic decisions. The board meets at least once a year with the Executive Director who communicates their deliberations to the members of staff. 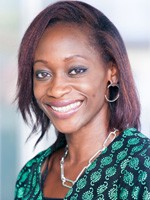 Hafsat is the initiator of the China-Africa Forum, which seeks to promote positive socio-economic partnerships between China and Africa. Born to political leaders who died in the course of Nigeria’s democracy struggle, Hafsat is also the founder and president of the Kudirat Initiative for Democracy (KIND). A noted speaker, Hafsat has been interviewed for the BBC, CNN, Voice of America, Canadian Broadcasting Corporation, South African Broadcasting Corporation and numerous Nigerian programmes. She is also the author of many articles published in national and international media, including the New York Times, Time, International Herald Tribune and Nigerian newspapers. She is the assistant editor of Imagining Ourselves, an international anthology of young women, which was published in 2006. She has co-founded several leadership networks including the State of the World Forum Emerging Leaders Programme and Global Youth Connect and serves on several boards including Vital Voices and Women’s Learning Partnership and is a commissioner on the World Future Council, a global forum working to protect the rights of future generations. In recognition of her work, Hafsat has received many awards including the State of the World Forum Changemaker award in 1998, Association for Women’s Rights in Development ’Women to Watch for’ award in 1999, an Honorary Doctorate from Haverford College in 2004 and Seeking Common Ground Award in 2007. An Ashoka Fellow and a World Economic Forum ’Young Global Leader’. Hafsat graduated with a Magna Cum Laude degree in Development Economics from Harvard in 1996 and an M.Sc. in International Development from Tsinghua University, Beijing. In July 2011, she was appointed as the Special Adviser for Ogun State for responsibility for achieving the Millennium Development Goals. 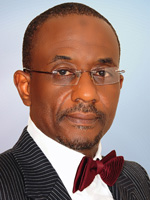 His Majesty Amir Muhammad Sanusi II is currently Emir of Kano, succeeding his late great-uncle Dr. Ado Bayero. Mallam Sanusi was a successful banker and was a former Governor of the Central Bank of Nigeria (2009 – 2014) and combined a career in banking with a strong background in intellectualism. He started his working career in 1983, as an academic at Ahmadu Bello University, Zaria where he taught economics. In 1985, he moved into banking industry as a merchant banker with Icon Limited (Merchant Bankers), a subsidiary of Morgan Guaranty Trust Bank of New York, and Baring Brothers of London. Thereafter, he joined the United Bank for Africa Plc (UBA) in 1997 as a Principal Manager in the Credit and Risk Management Division where he rose to the position of a General Manager. In September 2005, he joined the Board of First Bank of Nigeria PLC as an Executive Director in charge of Risk and Management Control. As Executive Director, Risk & Management Control of First Bank PLC, he was said to have championed remarkable developments in the bank’s enterprise risk and management control mechanisms. He took over the mantle of leadership as the Group Managing Director of First Bank of Nigeria PLC in January 2009. He was also the Chairman, Kakawa Discount House and sat on the Board of FBN Bank (UK) Limited. 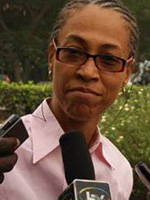 Nike is a principal partner of ABFR & Co., a law firm in Lagos, Nigeria. Besides being a well-reputed lawyer, Barr. Nedum is also a leading human rights activist: during the pro-democracy movement, she provided crucial leadership to the major human rights and pro-democracy organizations in Nigeria and also published a monthly newsletter that gave voice to families of political prisoners and to political prisoners themselves. 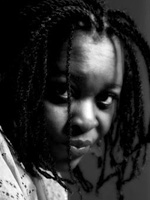 Pamela is a multi-versatile woman who wears many hats. She is actively involved in youth development work, building civil society advocacy platforms and gender equity. She is the National Coordinator of the Youth Employment Summit (YES) Network in Nigeria and an alumnus of the Kudirat Initiative for Democracy Young Women’s Leadership Program. A graduate of architecture, she runs Heritage Alliance, a multimedia production and event management company, and is a published IEC consultant and a singer.