We are pleased to announce that KIND President, Dr Hafsat Abiola-Costello is receiving an award in Japan this month. 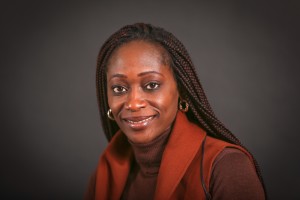 Below is an excerpt from the letter she received from Naomi Yamazaki the Secretary-General of the  Goi Peace Foundation.
HAFSAT ABIOLA-COSTELLO | Honoree Narrative

“Guard your light and protect it. Move it forward into the world and be fully confident that if we connect light to light to light, and join the lights together…we will be enough to set our whole planet aglow.”

“Hafsat Abiola-Costello believes that our world needs more than a few exemplary women leaders, it needs a groundswell. Since age 19, she’s been stirring up activism in fellow Nigerians, fueling movements for democracy, gender equality and women’s leadership in her country and throughout Africa.

“Born into a prominent political family, Hafsat embraced her own call to leadership in a time of crisis. After nearly 30 years of military rule in Nigeria, democratic elections were held in 1993, when Hafsat was an undergraduate studying in the United States.

“Her father Moshood won in a landslide victory, setting in motion a pro-democracy movement that the military had never anticipated. The election was quickly annulled and Moshood was imprisoned. Hafsat’s mother Kudirat began a bold campaign for her husband’s release, and Hafsat rallied support across the United States.” 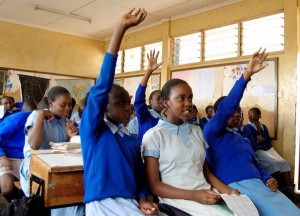 As you may already be aware, there is a new Girls’ Education Challenge funding window called ‘Leave No Girl Behind’ which will support the most marginalised, out-of-school girls.
We invite applicants to outline their proposed intervention, its planned duration and expected costs in a high-level Concept Note.  The Concept Note template will go live in mid-November 2016.  The deadline for submitting concept notes will be 20th December 2016.
We are opening invitations for a series of workshops which the Fund Manager will be hosting for applicants to attend.  The day-long workshops will give applicants an opportunity to explore the context for Leave No Girl Behind, to generate ideas with other attendees and meet potential partners.
As well as NGOs already working in this area, we are also very interested in private sector participation. Please note attendance at these workshops will not give any advantage to those attending.  All questions and answers raised will be made public, as will materials from the workshops.  There are a limited number of spaces available and a maximum of two participants per organisation may attend.
To register for an event, please sign-up using the following links:
Yangon Workshop – 18th November 2016 http://bit.ly/2eVkpSB
Abuja Workshop – 21st November 2016 http://bit.ly/2eQ04zF
Johannesburg Workshop – 23rd November 2016 http://bit.ly/2fj6oCP
San José Workshop – 30th November 2016 http://bit.ly/2faJLB4
London – 5th December 2016 http://bit.ly/2eQ3N0t
If you are unable to attend any of these events, or the events are already at capacity, please e-mailgirlseducationchallenge@uk.pwc.com and we will provide an option to attend selected sessions via webinar.
Further details can be found on the GEC page on the DFID website:  https://www.gov.uk/guidance/girls-education-challenge

The Commonwealth Foundation will be inviting grants applications from 1st December 2016. To give applicants ample time to prepare for this year’s grant calls, we are providing early access to the application guidelines and preliminary application questions.

The IE Guide was developed after END_OF_DOCUMENT_TOKEN_TO_BE_REPLACED