The private screening of Prof. Ali Mazrui’s “The Africans” at KINDs office on Saturday, 1st of November 2014, was an opportunity for those present to reminisce on the history of Africa, her rich culture and the effect of western influence on her societal systems.

The documentary focused on the need to promote African language, mode of dressing, architecture and lifestyle, law and justice, and the definition of corruption with regards to African culture. According to Prof. Ali Mazrui, the use of indigenous languages helps to effectively transfer knowledge of both religion and education and should be promoted, even in this ever-growing global village.

From the documentary, the unique blend of westernization with indigenous culture was not affected by religion, as otherwise thought by most historians. For instance, the ancient symbol of the Sun in Egypt has become a symbol also in the Islamic faith, the Crescent. But despite this blend between indigenous African culture and outside influence, African lifestyle especially with regards to dressing, has undergone little change due to the climate of the region that has also kept most of the monuments of African civilization in that region intact through time. 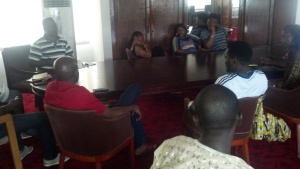 “The Africans” which is a five series documentary would be further screened at KINDs office, in the coming weeks. Our goal is to promote the understanding of African history as a means to planning for our future, the promotion of indigenous culture and traditions especially in the 21st century, and the documentation of our past for the generations unborn.

Watch out for the next screening!

The IE Guide was developed after END_OF_DOCUMENT_TOKEN_TO_BE_REPLACED