In partnership with the UK Department for International Development (DFID) through Voices for Change  KIND was able to improve the Leadership, Decision making and Life-Skills competencies of adolescent boys and girls between the ages of 16 – 25 in University of Lagos (UNILAG) and Lagos State Polytechnic (LASPOTECH).  We employed the use of interactive virtual and physical platforms, referred to as ‘safe spaces’ in the school training. Over 450 young people have benefitted from the leadership development programme in both schools and we are still in the process of training more.

PICTURE OF THE TRAINED STUDENTS – 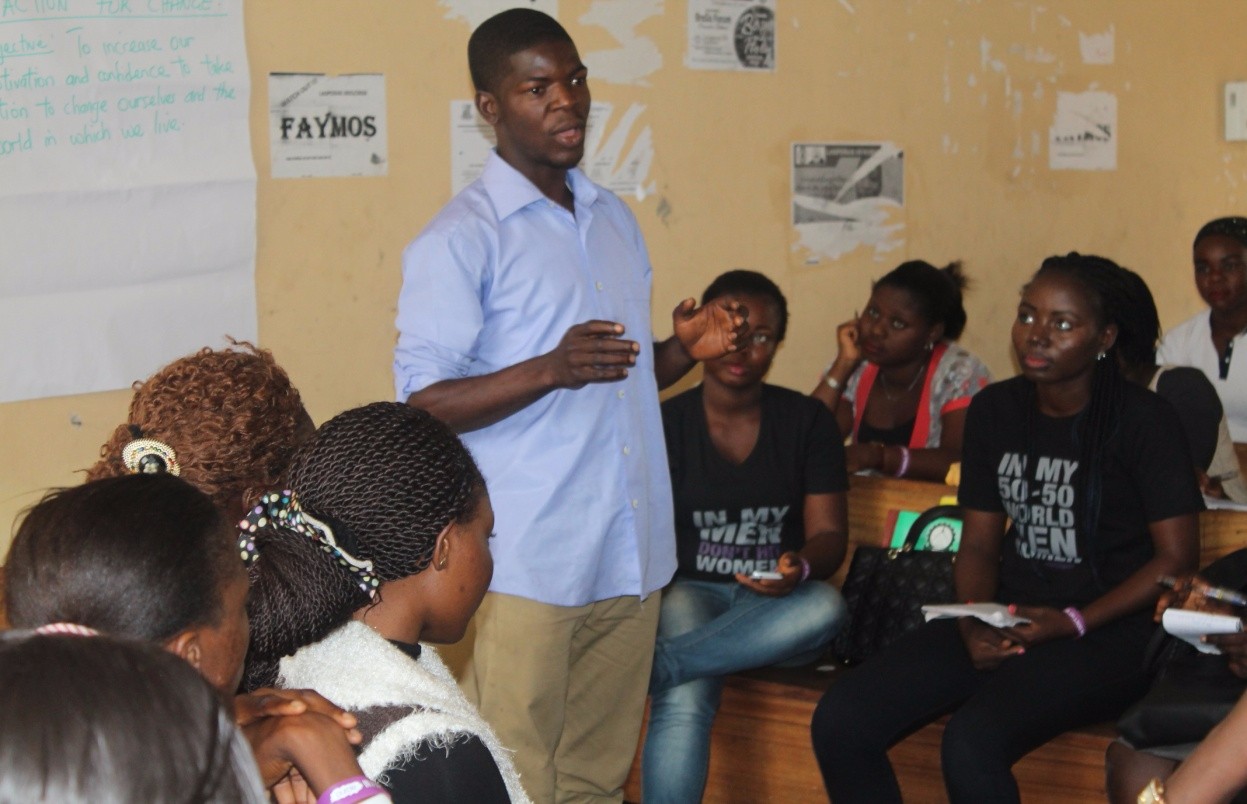 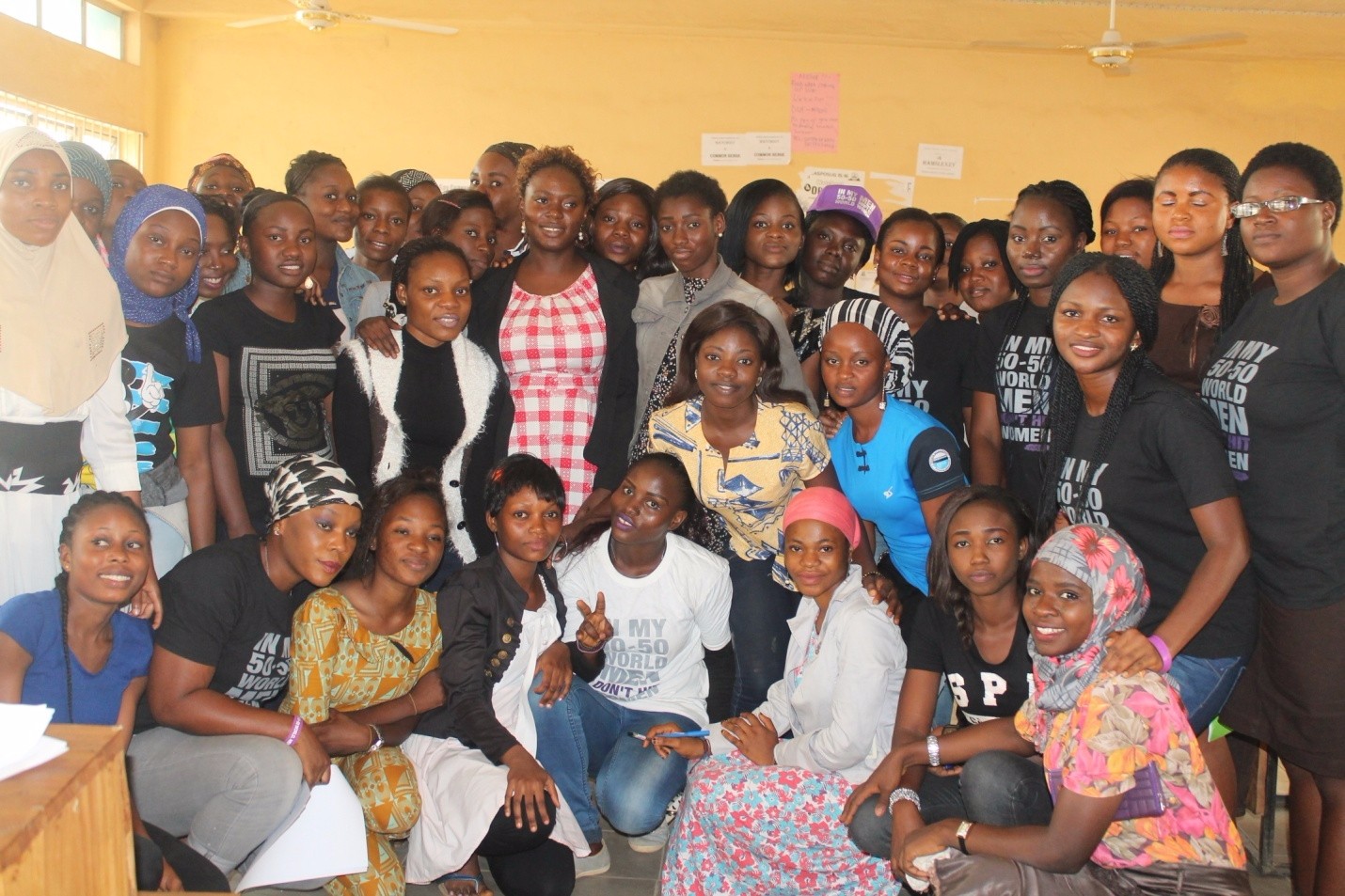 Students on the programme’s impact

Buki Temitope, one trained female student said ‘The training has helped me to develop my leadership skills and made me more assertive’ Oyewunmi Waliu, one of the trained boys said ‘The training made me understand the true meaning of Gender and gender equality and also know how to convince my colleagues not to practice violence against women’

Junior Kudra in Schools is a leadership development programme which KIND offers in some secondary schools in Lagos State. The Kudra Girls going through the training are between 10 to 16 years of age. KIND develops their capacities in the areas of Leadership skills, Financial Management, Emotional Intelligence, and Advocacy. After the training, the girls form Kudra clubs so as to deepen their understanding of the concepts they were taught, practice what they have learned, work together to create more awareness of girls’ rights in their community, and foster the sustainability of the programme.

350 pupils have benefitted from this programme since it began in 2006.  Besides this training programme, during the year we secured a fund from UNICEF to document the features of the Junior Kudra Programme.  Our goal in documenting Junior Kudra is to create a model for other organizations that may want to replicate and thereby expand its benefits to other children. 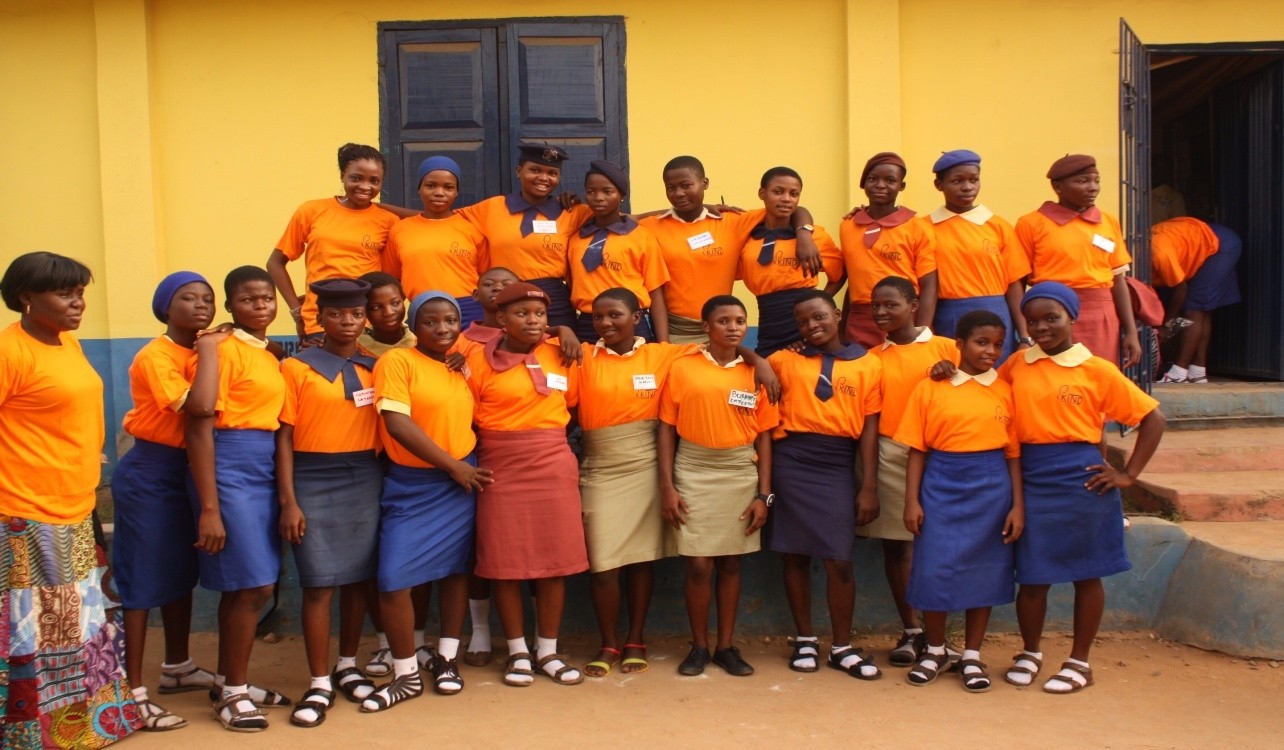 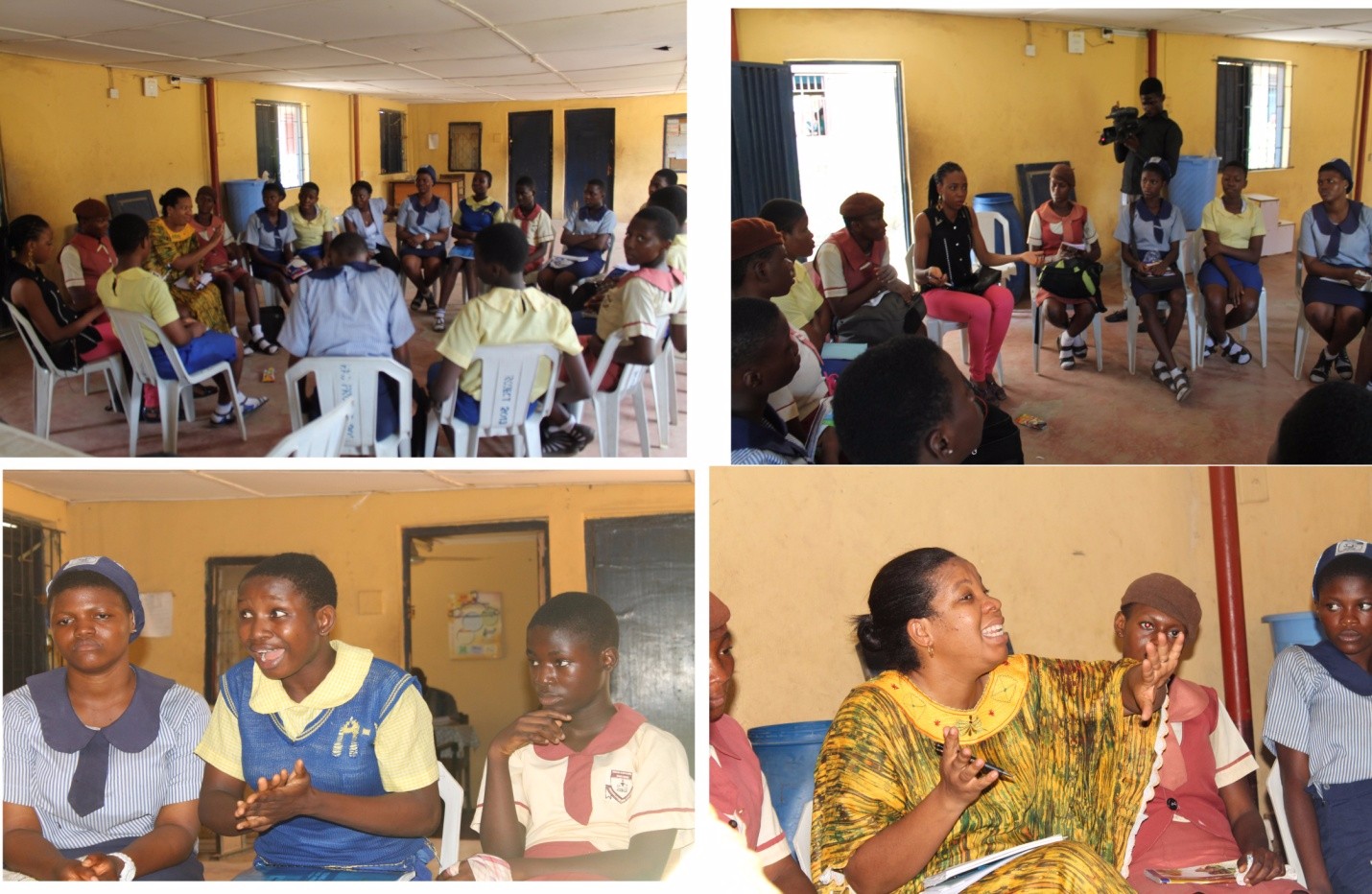 The Junior Kudra Girls Education Initiative is “a unique community network approach that is very organic … The program is not just about putting in money and getting something out of it, but about the wholesome “non-linear” approach that builds something for the community”

From the Program Consultant:
“Junior Kudra program has a very innovative approach, which is what drew me to your organization a few years ago. It is like none other I have seen. I am glad the program will get more international visibility through the United Nations Girls Education Initiative (UNGEI) funding. I strongly believe the program will flourish under your excellent leadership”

KIND was one of the 7 organizations out of an applicant pool of 200 that secured a grant from the Japanese Government to construct a 6 Classroom block with 4 toilets for Imoro Community Nursery/Primary School in Sagamu Local Government Area (LGA) of Ogun State. The grant also provided for 158 sets of chairs and desks for the students, and 7 tables and 8 chairs for the teachers. The LGA was the only one out of the 20 in the state that elected a woman to chair its Government Council, hence our selection of the school to communicate the message ‘everyone wins when women are given an opportunity to serve in public office!’

PICTURE OF THE CLASSROOMS AND COMMENTS 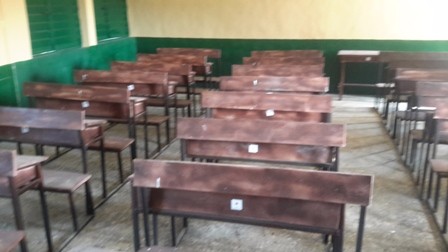 Recommendation from Japanese Officer in charge of the Project

’The Japanese Government would like to work with your Organization in 2016 because this project turned out to be one of the best of the type funded for the year’.

In 2015, we equipped 40 students and 32 teachers in 16 schools from 6 Local Government Areas in Kano State and Kano State-based CSOs on the basic requirements of child rights. 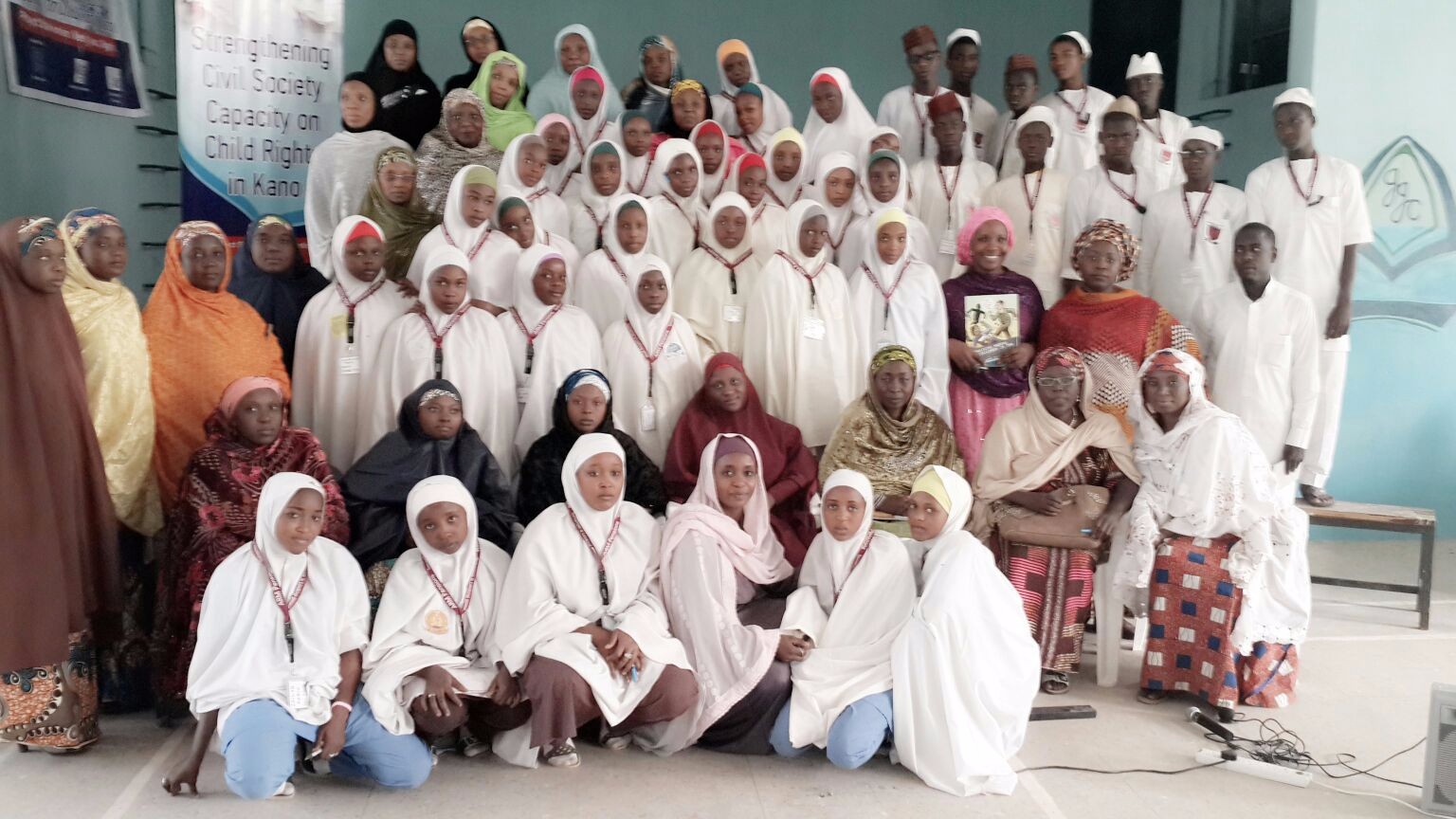 This project was funded by John Fetzer Institute Inc.  The project was designed to highlight often ignored examples of forgiveness and reconciliation as a counter-narrative to the news about intra and inter-communal crisis, religious and ethnic unrest, as well as crisis from political instability and insecurity that inundate Nigerians daily. The goal of this project is to recognize, learn from and contribute to the process of community and individual peacebuilding initiatives by people working within communities in the six geopolitical zones of the country. Through nominations, we identified individuals who are exemplars in promoting love and forgiveness and offered them a platform for an exchange of ideas and opportunities, and avenues for interaction between them (the practitioners) and the general public towards a broader application of their examples. Our conviction lies in the transformative impact that love and forgiveness can have on conflict situations raging between individuals, communities in the nation. 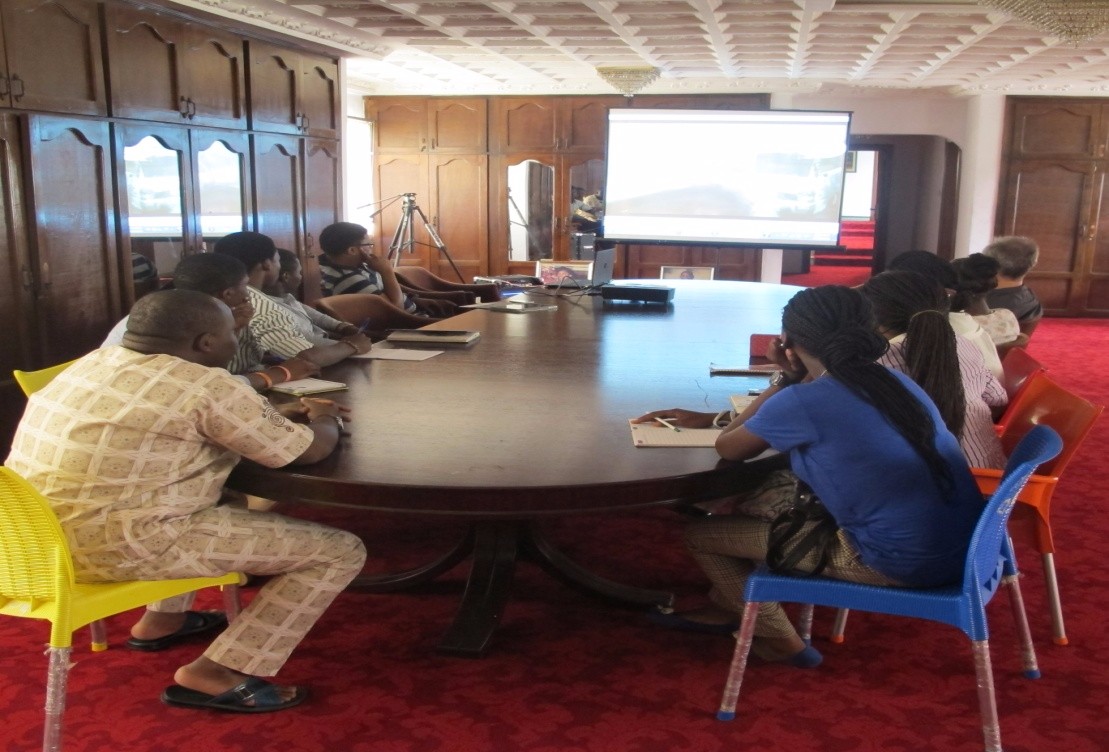 This is a coalition which was founded following the kidnap of over 200 girls from the Government Secondary School, Chibok, Borno State on April 14th, 2014 by members of the Boko Haram sect. Following the kidnap of these schoolgirls, the management of KIND carried out a fact-finding mission in Borno State to ascertain firsthand the state of affairs, especially as it affects women and girls. This fact-finding mission gave our team the ability to discuss with local women who have lost their homes and loved ones, and who has suffered atrocities from both the militant sect and the military.

Following this visit to Borno State, KIND initiated a process to provide relief materials and support for displaced persons in the state and the entire North-East region. By partnering with an organization on the ground in Borno State, we have been able to rehabilitate six (6) of the Chibok girls that escaped from the sect, especially by providing first-class medical attention to these girls in partnering hospitals in Lagos such as St. Nicholas Hospital and Lagoon Hospital; facilitating travel for another six (6) who were sponsored to the USA to further their education, and are still rehabilitating more women and girls in the region.

During the year, Kudirat Initiative for Democracy (KIND) provided office space for  The Point Newspaper, a publication working to provide a trusted news source in Nigeria so as to empower citizens with the information they need to engage effectively with their leaders to ensure good governance. A mainstream weekly, The Point journalists focus on investigative pieces that highlight women and girls’ rights problems requiring government action.  See  http://www.thepointng.com/kids-take-over-sex-trade/ for a publication concerning issues affecting the girls.

Below is an  extract from the publication:

“Prostitution in Lagos has lately gone bizarre with the initiation of kids between the ages of 12 and 15 into the illicit trade. ADELEKE ADESANYA, who went round some Lagos brothels, reports…That prostitution is rampant in Lagos State may not be new to many people. The sad twist to this ignoble trade is the open involvement of kids, whose ages range between 12 and 14 years, in the world’s ‘oldest profession.’

According to findings by The Point, these young girls, who should be in school, have been initiated into the sex cult by a cartel of older prostitutes. The older women usually deceive illiterate parents back in some remote villages that they want to help take the children to Lagos to learn various trades or further their education.

Upon arriving Lagos, however, the girls find themselves as co-workers with elderly prostitutes inside small or moderate rooms in Lagos brothels. They thus become the source of income to the aging prostitutes, who, for age factors and other sundry reasons, might have been experiencing low ‘patronage’.

Investigations conducted by our correspondent in some selected hotels and brothels in Lagos and its suburbs revealed that most of these girls were either brought by their hosts from villages or picked up at motor parks for the sex-hawking business. In some cases, some of the girls were lured into the business either by relatives or friends.”

30 BY 19 (formerly 30 by 15) Campaign to secure favorable rules for women’s political participation. Through the campaign, KIND works with partners to build the capacity of women political aspirants while advocating for political parties and government institutions to include women’s issues in their agenda for action. The campaign also trains and provides mentoring opportunities for young women interested in political participation. 30 by 15 was launched in 2006 and has since worked with 250 women in Lagos, Bornu and Cross River States. In 2015, with support from Movies that Matters, we started mentoring a group of 30 young girls from higher institutions in Lagos. These ladies were paired with established politicians to mentor them so that they will be able to contest the 2017 local government elections.

The IE Guide was developed after END_OF_DOCUMENT_TOKEN_TO_BE_REPLACED